Colin Turkington encountered a knock to his campaign on Sunday 15th September but with dogged determination recovered to salvage some crucial points keeping him ahead in the race for 2019 BTCC crown.

KNOCKHILL SERVES UP A THRILLER

In typical BTCC fashion the twists and turns of the series played out on Scottish soil with unfortunate high drama for Team BMW’s Colin Turkington.  Home hero Rory Butcher won the first race but sent the championship leader spinning into the gravel trap from third position in the second race. Desperate to cling on to his championship hopes, Turkington managed to recover the car and despite finding himself trailing the last of the pack, carved his way up to finish in 19th position.

It was here we seen the heart of what makes a true champion, as Turkington put on a masterclass in classy clean race craft despite the adversity. Repeating this performance in the final race of day, his gutsy driving was nothing short of inspiring as he moved from 19th to 10th and collected valuable points to keep him ahead in the championship standings.

The team BMW driver had the pace to make Knockhill a big points scoring weekend and although it didn’t go to plan, the triple champion is looking forward with confidence.

“If you ever believe the final three race weekends will go by without stress and drama you are setting yourself up for a hit. This is the toughest championship in the world to win.

We had the pace in the BMW to increase our championship lead, but you can never rule out the effects other peoples actions can have on your weekend. I’m still frustrated with the results of race 2 but there is nothing I can do to change that now.

The priority was to recover something from it and we did that.

It was a tough job trying to move forward but I’m proud we proved it is possible with patience and without ruining anybody else’s race.

Getting out of the gravel and salvaging those points in race 3 were critical for me.

The mentality had to shift between race 2 and 3 and I’m fired up to keep that momentum going now until the end. Everybody gets their turn of tough luck and how you recover from those moments makes your season. My confidence is far from bruised.

The gap at the top has decreased but I’m still ahead.

It’s going to be a fight right to the end but that doesn’t scare me, this is where it gets exciting.”

CATCH THE HIGHLIGHTS ON SAT 21ST SEPTEMBER AT 10:30am 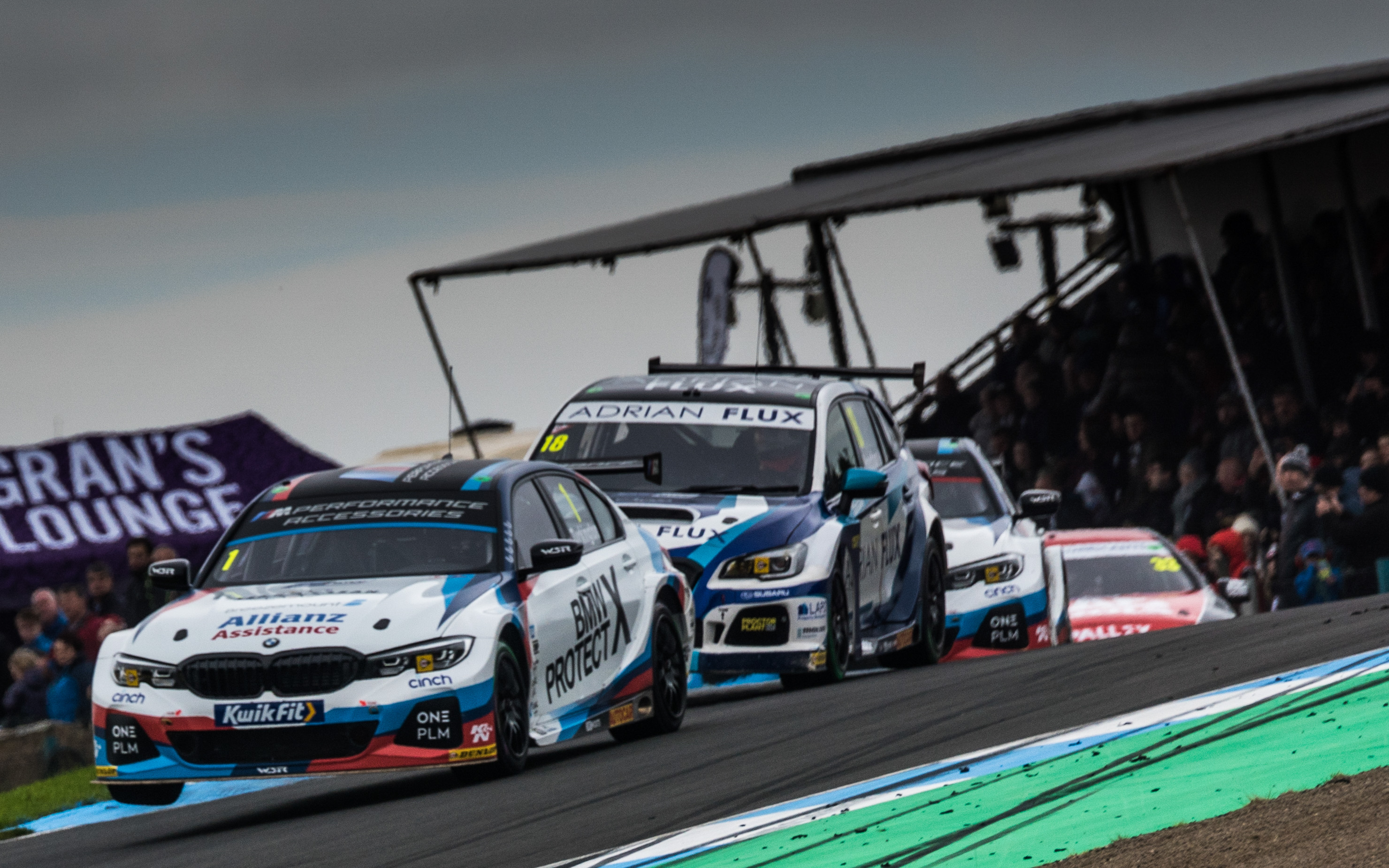 GUTSY PERFORMANCE KEEPS CLASSY TURKINGTON TOP OF THE TABLE Colin Turkington encountered a knock to his campaign on Sunday 15th September but with dogged determination recovered to salvage some crucial points keeping him ahead in the race for 2019 BTCC crown. KNOCKHILL SERVES UP A THRILLER In typical BTCC fashion the twists and turns of […]