Colin Turkington put on a masterclass at Silverstone fighting back to increase his lead at the top of the championship to 16 points.

Soaking up the pressure in treacherous conditions, the triple champion confirmed his status as the King of Cool, his determined display an admirable performance.

Easily one of the most weather affected BTCC events for a decade, Silverstone was hit with unpredictable rainfall throughout race day resulting in red flags and a mid-race tyre change.  It was clear to see the pressure mounting in the paddock as emotions ran high on and off the track.  Despite this, and despite finding himself facing backwards towards the pit entry in the first race, Colin Turkington recovered to produce three inspiring races, his passion and heart worn on all over his Team BMW sleeve.

There was no denying Colin’s performance this weekend, and this “comeback” from the defending champion provided another highlight of the thrilling BTCC action.  Colin’s podium from 14th position in race 2 marked the 141st of his career, but one that undoubtedly marked a significant power shift in his championship campaign.

The team BMW driver heads to Brands Hatch in less than two weeks time confident and “in a good place,” ready to deliver his best in one final big push.

“We were put through every scenario on track in terms of tyres and conditions but we were fast all weekend.   I needed the best from my team, and they delivered.  This was the time for me to strike back, to make a comeback, and lay it all on the line.

It’s been the most challenging event of the season to-date and we’ve come out in good shape. This fills me with confidence we can take the heat at Brands Hatch whatever is thrown at us.

I had to pull myself together after race one but I’ve fought back hard and scored good points. I’m pleased with my performance and I feel like I’m leaving in a good place. The key is going to Brands with a chance of the win and that’s the position I’m in.

You only have to watch one race day to see how unpredictable the BTCC is. It’s the pinnacle of UK motorsport.

This is top level touring car racing as good as anything you will see across the world. When you win this championship, you get tons of messages through and you realise just how many people are watching around the globe.  Every move you make is in the spotlight but that puts a spring in my step.

I’ll continue to work hard, look for opportunities and I’m going to give it absolutely everything.  I plan to make my best even better between now and then.

CATCH THE HIGHLIGHTS ON SAT 5th October  AT 10:30am

NEXT UP: SEASON FINALE 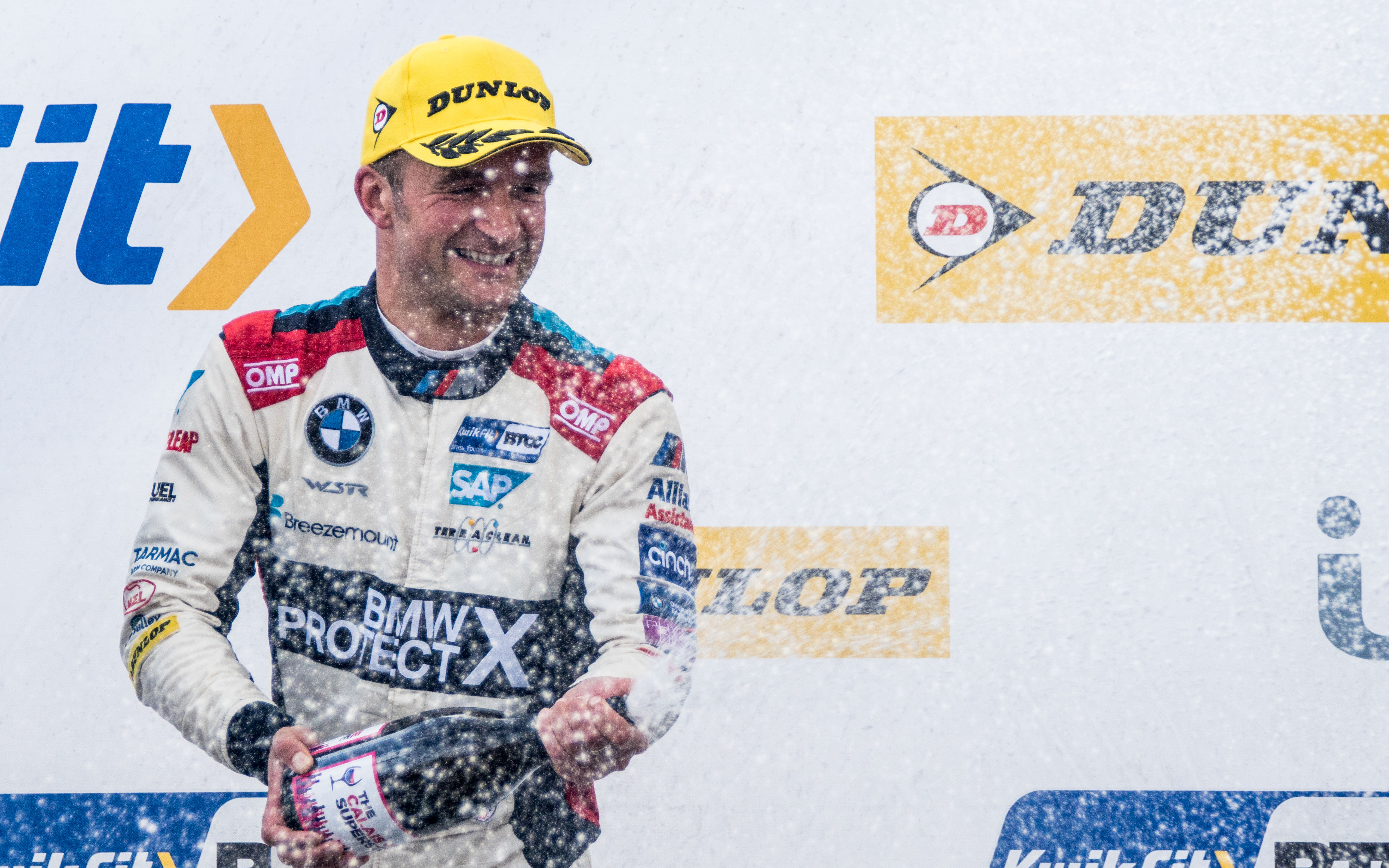 TRIPLE CHAMPION SHOWS HIS CLASS TO INCREASE CHAMPIONSHIP LEAD AT DRAMATIC SILVERSTONE Colin Turkington put on a masterclass at Silverstone fighting back to increase his lead at the top of the championship to 16 points. Soaking up the pressure in treacherous conditions, the triple champion confirmed his status as the King of Cool, his determined […]