Home :: Silverstone :: TITLE FIGHT HEATS UP UNDER THE SILVERSTONE SUN

TITLE FIGHT HEATS UP UNDER THE SILVERSTONE SUN

YOUR SEVENTH PODIUM THIS SEASON COLIN, ANOTHER GREAT EFFORT.

I was involved in some intense battles on track over the weekend, and when you get to this stage of the season, it feels like the finale every time out.  Race 2 was a superb result for us, despite being the meat in a sandwich for much of the race.  We improved the BMW every time out this weekend and the overall package is feeling good.  This battle-ready mentality is what we need to bring to Donington and our confidence is high.

WE SAW A REAL GRITTY DRIVE FROM YOU THIS WEEKEND.  YOU WANT THIS TITLE BADLY, DON’T YOU?

I’ve had my fair share of bad luck this season and the rest of the grid have such fast cars these days, it’s harder to make progress than recent years.  I’ve been digging deep every weekend to keep the fight going and honing in on every little detail to improve.  I may be 40 points off the top but we can do this!

I’ve dedicated my life to being successful in this series and I know what it takes.  The prospect of not winning is a huge motivating factor and it gives me that added push.  I’ll do whatever it takes to get to the finale with a chance of winning.

YOU GO TO DONINGTON PARK WITH 4TH PLACE SUCCESS BALLAST.  IS THAT ANOTHER BLESSING IN DISGUISE?

Absolutely, the lighter car will give us an opportunity to qualify well and get good track position for the first two races.  We’ve been nudging the BMW in the right direction the past few rounds and I have confidence we’ll be where we need to be.  The qualifying shoot out will be in play again and this could throw a few curve balls into the mix.  The penultimate event carries just as much anticipation as the finale and the extra layer of excitement and expectation usually brings out the best in me.

WHAT WAS YOUR SILVERSTONE HIGHLIGHT?

It felt like the good old days again! The volume of people in the paddock and on the grid was fantastic; the buzz about the place was something else.  We’re starting to see ITV move around more and more and the championship is feeling like it used to.  I had a large number of guests there and the feedback is extra special.  It’s really nice to know that after the terrible year a lot of people have had, we can give them a magical day to remember.

The BTCC heads to Donington Park for the penultimate event on the 9th and 10th October. 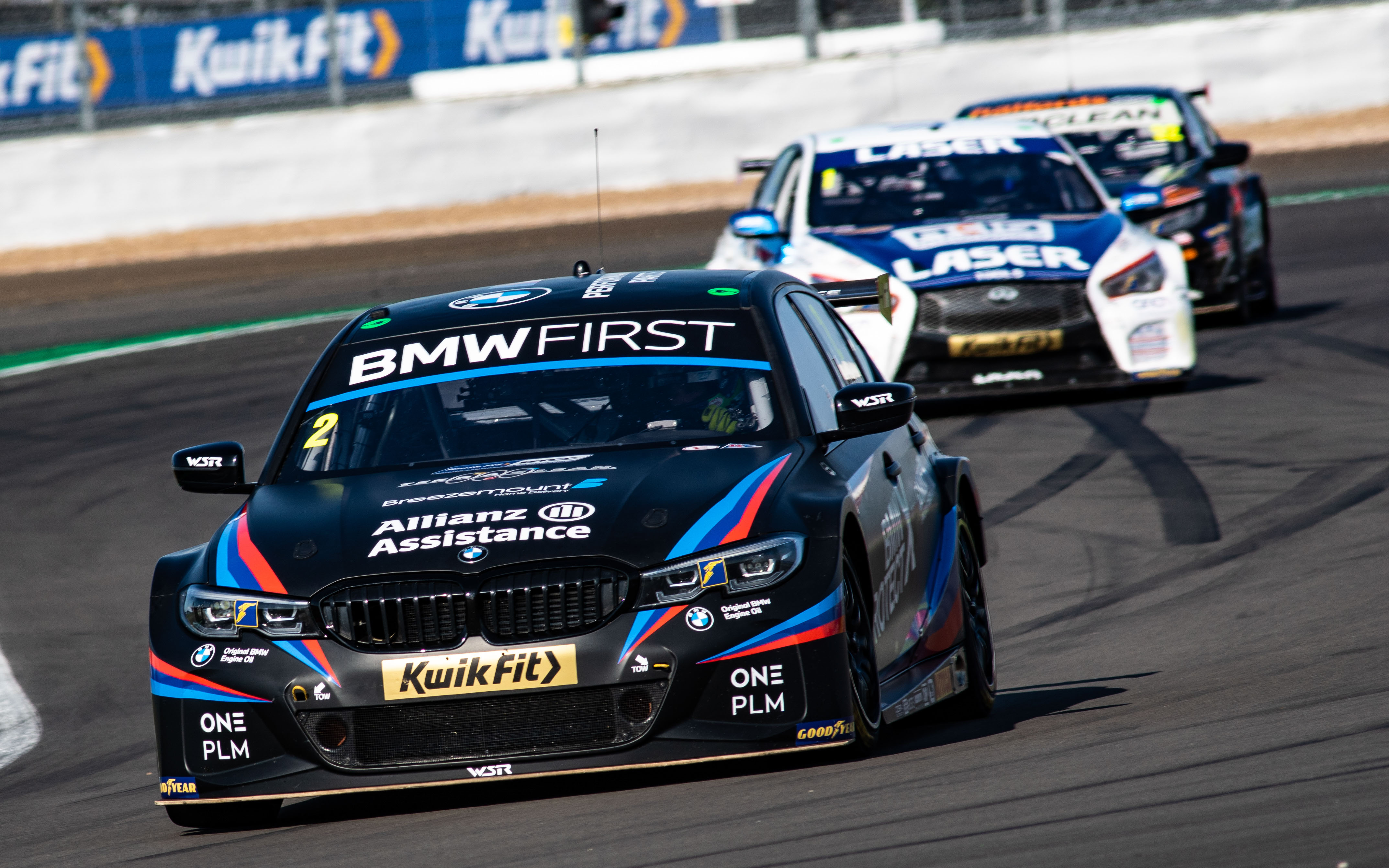 TITLE FIGHT HEATS UP UNDER THE SILVERSTONE SUN

TRIO OF TOP 10 FINISHES FOR TURKINGTON AS THE QUEST FOR THE CROWN CONTINUES Colin Turkington continued his podium run on Sunday 26th September, claiming third place in a tensely fought race two battle. The Team BMW driver showed grit and determination throughout the three races, collecting 33 championship points along the way. Silverstone shone in the September […]