TURKINGTON VOTED DRIVER OF THE YEAR

Colin Turkington was officially crowned the 2019 British Touring Car Champion on Saturday evening at a lavish do in Stratford-Upon-Avon.

Collecting the ultimate prize for the fourth time in his career the Team BMW driver was also awarded the “Driver of the Year” following a vote by the BTCC fans.

Celebrating the success with his engineer Dan Millard (Engineer of the Year) and fellow BMW driver Andrew Jordan (2nd Place), Colin Turkington and Team BMW enjoyed a triumphant night as they received their Manufacturers Championship award for an outstanding season with the BMW 3 Series.

Colin will be attending various ceremonies over the next few weeks as he continues the celebration of his fourth BTCC title.

By far, that one was the hardest to get and means the most because I thought I’d lost it after Round 29; I really thought it was beyond us. I’ve never been so emotional in my life. When Dan came on the radio and said that I was Championship leader on the penultimate lap, it was the shock that made this one even sweeter.

Even two weeks after I was just in the clouds. The BTCC has been such a huge part of my life, for 17 years now I’ve been in the championship. Your first goal is to get a podium, then you think ‘I’ll go for a win’, then you target a championship and the first one is obviously very tough to get. To think I now have four is difficult for me to believe, but I can only achieve these things being with an amazing team like West Surrey Racing.

I want to say congratulations to Dan (Cammish) and Andy (Jordan) because that last race could have gone one of three ways, it went my way this time, but those two would have been deserving winners as well. The cards fell my way this time and I’m truly thankful for that. Another person I’d like to thank is my engineer, Dan Millard, it was a big change for us both this year and I think when you change something fundamental like an engineer, I was nervous going into the season.

But from day one we gelled, we were a great team and we worked really hard together. For round 30, before he left the grid, he said to me ‘you can still do this, if anybody can win, you can’. When somebody tells you something like that you know they have total belief in you.” 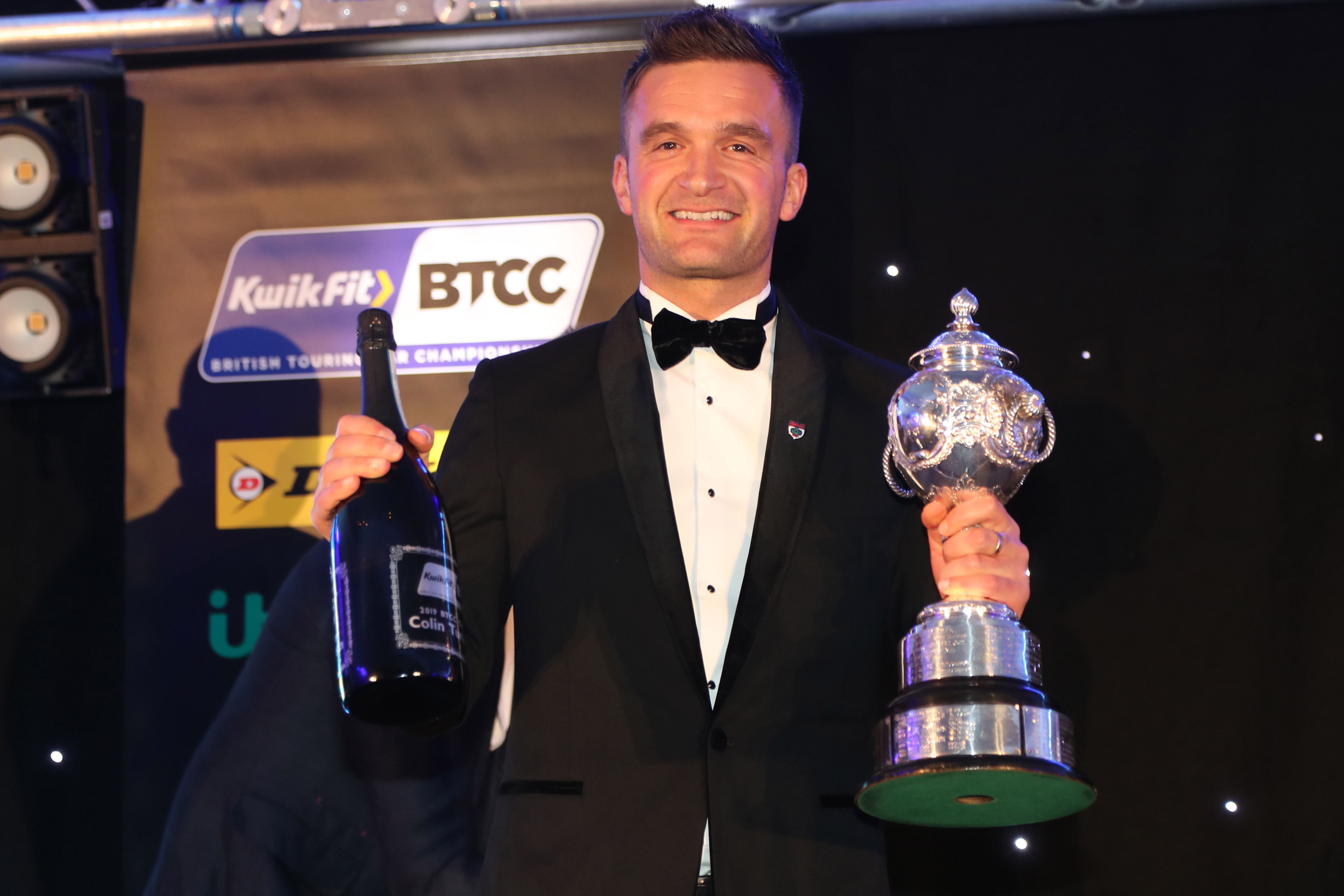 TURKINGTON VOTED DRIVER OF THE YEAR

TEAM BMW CHAMPION CROWNED AT OFFICIAL CEREMONY AND RECEIVES FANS ‘DRIVER OF THE YEAR’ AWARD Colin Turkington was officially crowned the 2019 British Touring Car Champion on Saturday evening at a lavish do in Stratford-Upon-Avon. Collecting the ultimate prize for the fourth time in his career the Team BMW driver was also awarded the “Driver […]