TURKINGTON TURNS THE SCREW WITH POLE AND DOUBLE VICTORY

Colin Turkington has thrown down the gauntlet to his competitors following an invincible performance at Oulton Park last weekend (29th and 30th June).

Increasing his championship lead to 33 points, the Team BMW driver delivered a dominant display of brilliance throughout the course of the weekend, and secured his 49th and 50th BTCC career victories in commanding fashion. Showing unrivalled pace, Colin Turkington was untouchable at Outon Park and deservedly recorded a new lap record along the way.

It was the sensational lap in qualifying that set the scene for what was to follow and in stunning the paddock with a 1m25:825s lap, the defending champion made clear his intentions. Despite carrying maximum success ballast, Turkington produced a “pinpoint perfect” lap that left many pundits declaring it was ‘the best lap of his career’.

Glorious sunshine on race day provided an ideal setting for the tens of thousands who descended on Oulton Park to witness another action packed day of BTCC. Colin Turkington emerged “in the zone” and went on to deliver textbook back-to-back victories, the later being one of the highlights of his career.

Hailing every lap as “perfect” and the car “incredible”, Turkington made it look easy out front, controlling multiple safety car restarts to secure his 50th British Touring Car Championship win.  Starting race 3 from the reversed grid in P12, the BMW star kept his nose clean and raced smart to finish well in eighth place.

“I’m always motivated to improve and that was the goal for this year. We know that you cannot stand still in this series and I’m well aware that what was good enough one weekend, wont be good enough the next.  Oulton Park was a typical example of the importance of this attitude.

My strategy was to attack the weekend from the outset and convert opportunities. We did just that. Saturday’s morning practice was critical in refining the setup ahead of qualifying and every move we made over the course of the weekend was the right one.

We’re working in harmony with the 3 Series at the moment and the feeling it’s giving me enhances whats possible. It was the perfect combination of many little things this weekend that made the magic, but most importantly it was the result of the continued graft to improve and raise our game.

The 50th win caught me by to surprise to be honest, because you don’t look into these milestones until you have secured them. But that race victory will definitely stand out as one of my highlights. The car was incredible and I felt completely in the zone. It was a perfect race and there are very few that ever feel that way.

I’m satisfied that it was mission accomplished and we can carry this momentum into the summer break. I’m able to sleep a bit better now knowing its a few weeks before we go again!

We have two test days at Snetterton with the BMW before the race in August and this will help with confidence. There’s still a long way to go but I’m more determined than ever. “

WATCH THE ACTION ON THE ITV HUB

Click here to watch all the action from race day on the ITV hub now!

Colin heads to Goodwood Festival of Speed this week with BMW to enjoy a bumper packed four days at one of the worlds most celebrated motorsport events. Partaking in various on stage interviews, showcases and appearances, Colin will also drive the BMW M8 Competition and the BMW X4 M Competition up the famous Goodwood Hll.

This event will also mark the first time Turkington gets behind the wheel of a BMW Motorsport DTM race car. Along with demonstration runs on Friday, the triple BTCC Champion will compete in the main event driving the German Touring Car in Sundays shootout. 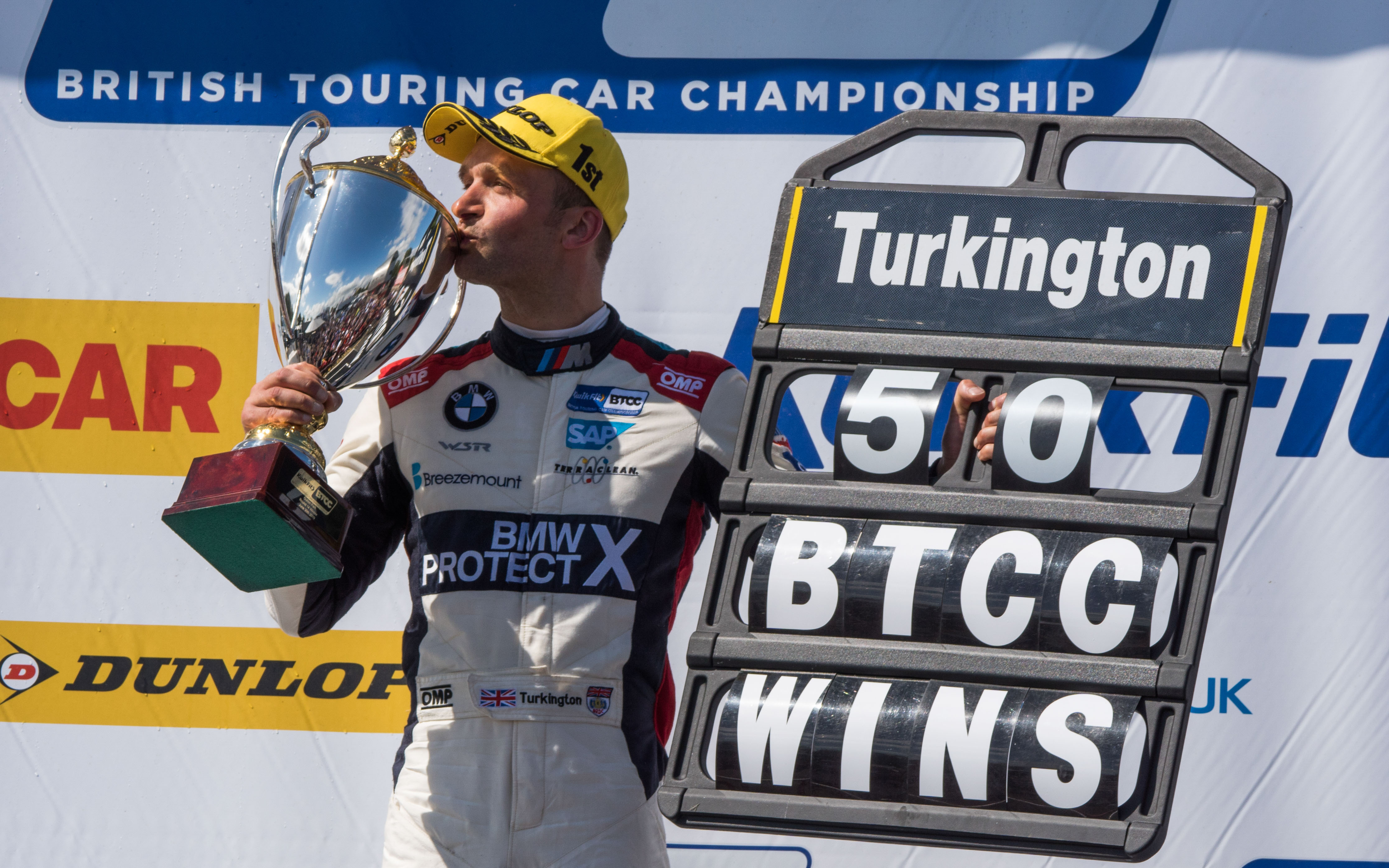 TURKINGTON TURNS THE SCREW WITH POLE AND DOUBLE VICTORY

TRIPLE CHAMPION SECURES 50TH BTCC VICTORY WITH ULTIMATE PERFORMANCE AT OULTON PARK Colin Turkington has thrown down the gauntlet to his competitors following an invincible performance at Oulton Park last weekend (29th and 30th June). Increasing his championship lead to 33 points, the Team BMW driver delivered a dominant display of brilliance throughout the course […]