HOW DO YOU SUMMARISE THAT ONE COLIN? FROM SPIN TO WIN?

There were big swings in points here at Donington and the main job was to come out at the end of the day with a chance – and we have a chance. It was a typical rollercoaster of a day for me, but all was good in the end. It’s difficult to say for certain, but I reckon I’ve scored more points than I would have done without the drama of race 2! Everything happens for a reason.

WOULD YOU CHANGE ANYTHING FROM THAT DAY?

I have to keep pushing and fighting for every point and looking back I wouldn’t do anything differently – there was just something that threw the car on landing from the kerb. It’s still difficult to understand the hows and whys but I’m just thankful I quickly recovered and finished in the reverse grid draw.

At the time it’s hard to accept because I’d worked so hard in that race and felt I wasn’t getting the reward but the reward came with the race 3 draw. It was another lesson to keep my chin up and keep believing that my dedication and hard work will be rewarded in the end. Having a good team of people around you is never more important that on days like this.

IT WAS CLEAR TO SEE YOU WERE EMOTIONAL WITH THAT WIN. 60 BTCC CAREER WINS IS A VERY IMPRESSIVE FEAT.

The emotion of winning never gets any less and when you get to this stage in the season it all means so much more as the pressure is on. I really felt that win, and it has come as a huge boost for us going to the finale.

SO WHAT’S IN YOUR HEAD NOW, HOW DO YOU APPROACH THE FINALE?

The points gap is 32, which does rely on Ash having some bad luck, but as we all know in the BTCC – anything can happen! Saying that, all credit to Ash, he has been superb all year and has kept scoring good points – but we are hot on his heels!

I’m on the attack, have nothing to lose and will be going there fired up to give it everything.

It’s an exciting prospect for me, as I’m always the one being chased. I plan to go and enjoy it; the 3 Series is one of the best cars I’ve driven around the GP circuit; and will drive as hard and fast as I can!

Watch back all the race day action on the ITV hub

Have a look behind the scenes with Colin and the team in the Donington Park photo gallery.

Every member of the team will be issued with a reusable personalised bottle thanks to long-time Colin Turkington partner SAP Business by Design.

Bottles will be given to all team members including drivers, technicians, logistics, catering and promotional staff from now on in a bid to eliminate the reliance on single-use plastic bottles.

It’s less than two weeks to go until the 2021 season comes to its climax at Brands Hatch on October 23rd and 24th. 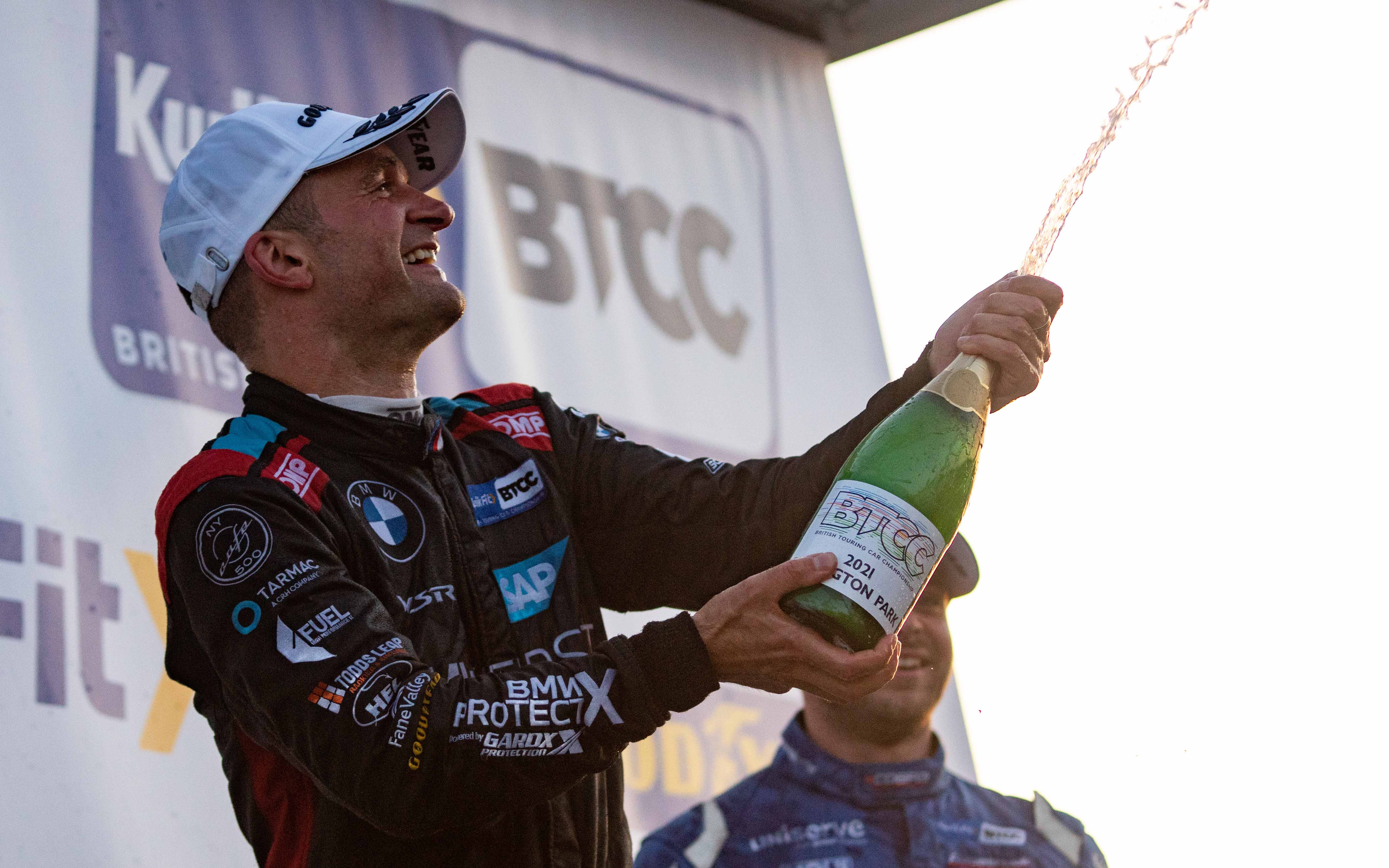 COLIN TURKINGTON CELEBRATED AN EMOTIONAL VICTORY TO TAKE TITLE FIGHT TO THE FINALE Colin Turkington claimed his 60th BTCC career win on Sunday (10th October) with an emotional race 3 victory at Donington Park. The milestone win was enough to launch Colin to second position in the standings with just one event remaining. The four-time […]