TRIPLE CHAMPION EXTENDS HIS LEAD WITH CHARGING FORM AT CROFT

Colin Turkington has retained his spot at the top of the BTCC standings following another impressive trio of results last weekend (15th / 16th June). Edging 11 points clear from his nearest rival, the defending champ continued his superb run of form in the BMW 3 Series with another flawless performance.

The Team BMW driver got his weekend off to a positive start on Saturday showing promising pace in both morning practice sessions; before securing P4 in one of the most bizarre and disrupted qualifying sessions of all time.

COMPETING WITH THE WEATHER

As expected, the unpredictable weather continued to throw up challenges on race day, and although the first two races went ahead on slicks, race three took place on a soaking wet circuit and witnessed a few slick tyre gambles.

Contrary to the changeable conditions, Colin Turkington’s form remained as consistent as ever, showing charging pace in all three races and oozing the body language of a man on a mission. The three time champion appears to be completely at one with his 2019 BMW 3 Series and he succeeded in never putting a wheel wrong all weekend.

“It’s been a hard weekend of tough battles and intense racing but also a great weekend! The aim is always to score well in all three races and we did just that. The team gave me a superb car this weekend and we improved it every time out. You cannot ask for any more.

I felt fast in every race and although I had the legs on the guys in front at times, you have to be patient at times and wait for the right opportunity. I was doing everything I could in race 2 to hunt Andy down, but in the end I just ran out of laps. The fun was in the chase!

I will never tire of a BTCC podium!

There was a frenetic build up to the third race with the weather and tyre choice and as tempting as it was to consider slicks, there was just too much standing water and puddles on the surface. Things became a little bit more difficult as it dried but I was determined to go forward and really enjoyed the battle with AJ!

There’s still a long season to come so I don’t look too much at the leader board, but for sure I’m happy to have those 143 points tucked away.

We’ll keep our heads down, keep plugging away and ensure I arrive at Oulton Park in the best possible shape to qualify well.”

WATCH THE ACTION ON THE ITV HUB!

Watch all the action from race day on the ITV hub now!

Watch a recently filmed feature with BBC Sport when BSB rider Alistair Seeley gets a driving lesson in a new BMW 3 Series. 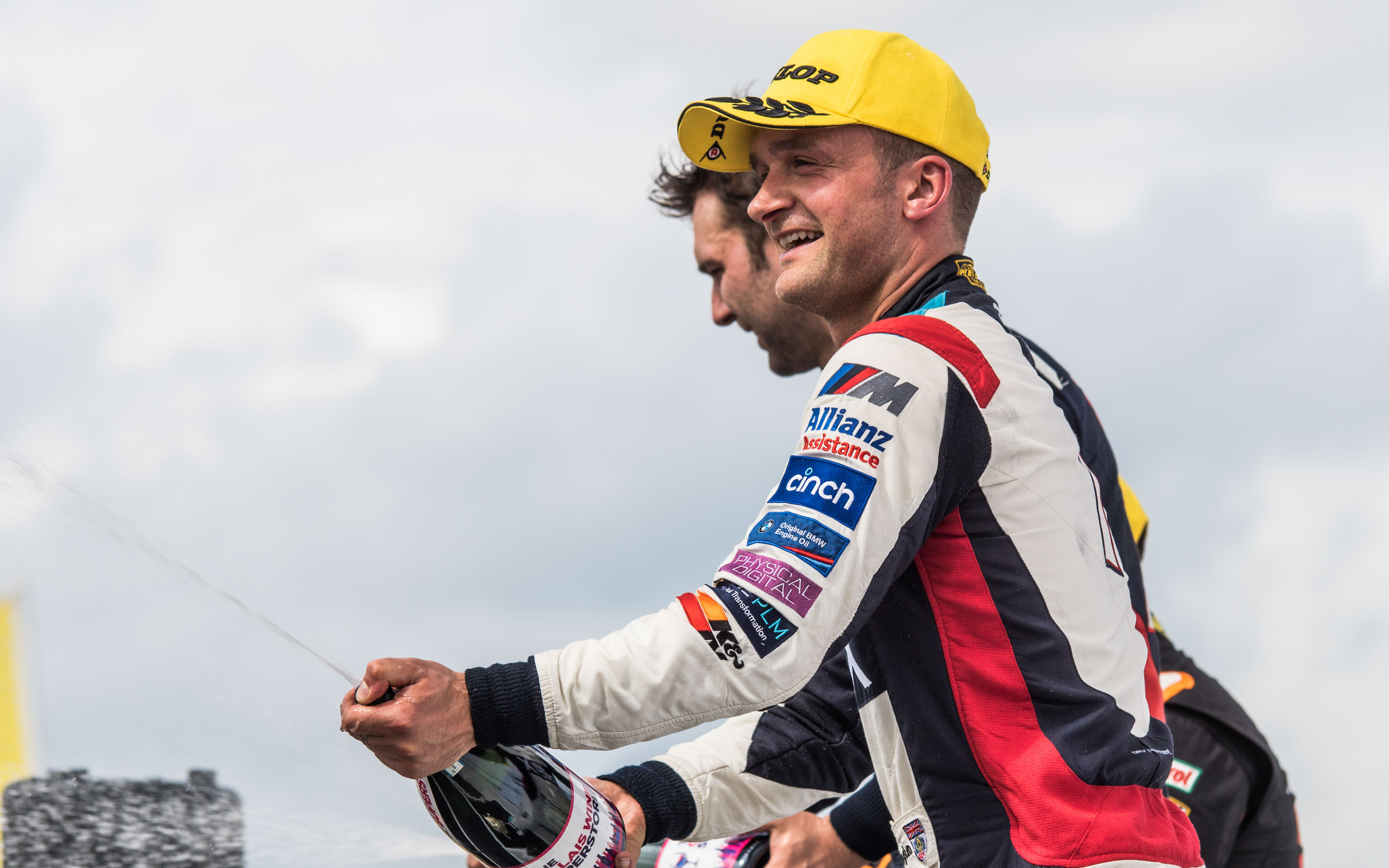 TRIPLE CHAMPION EXTENDS HIS LEAD WITH CHARGING FORM AT CROFT Colin Turkington has retained his spot at the top of the BTCC standings following another impressive trio of results last weekend (15th / 16th June). Edging 11 points clear from his nearest rival, the defending champ continued his superb run of form in the BMW […]