TEAM BMW UNVEIL A NEW AND ICONIC LOOK FOR 2021

The 2021 edition of Team BMW’s 3 Series has been revealed ahead of the start of the British Touring Car Championship.

Colin gives his thoughts on the new Team BMW livery and reflects on his first test of the year.

WHAT WERE YOUR FIRST THOUGHTS OF THE 2021 LIVERY?

I knew the 2021 edition of the 3 Series was going to look special – because year-on-year Nick Moss Designs comes up with something even better than the season before.

I immediately fell in love with the stealthy-black look, and I couldn’t stop smiling!

Compared to the 2020 version, it’s a case of less is more. The car is still characterised by the iconic M stripes, but there is less colour overall.

The BMW First and GardX branding down each side really stands out, and of course it’s great to have Allianz Assistance back on the bonnet, supporting the team for the 5th successive year.

DOES THE EXCITEMENT OF A NEW LIVERY CONTINUE YEAR-ON-YEAR?

Definitely, I always get excited about a new look – a livery gives a car a personality, and I think this one looks mean, and says I “mean business”.

Reflecting back on all of my previous BMW liveries, there have definitely been some stand-out classics!

My favourite livery had been the 2014 championship winning eBay liveried 1 Series, but I think that’s just got blown away by the new 3 Series!

HOW DID IT FEEL TO GET BACK IN THE CAR?

I was really excited to get back out testing and it’s definitely fuelled my motivation for the season ahead.

Sometimes there can be a bit of rust on the driver after a few months out of the car, but I slotted straight back in.

All the sim driving I’ve been doing in the off-season has kept me feeling sharp. It was only 6 degrees but the grip on the track was really good and I’m confident we made a few steps forward on the day.

DID YOU FEEL AN IMPROVEMENT IN THE CAR?

The car certainly felt a bit different to last year. Pre-season testing is the time to try out new ideas and different setup philosophies that we don’t get time to do during the racing season.

The engineers have been busy trying to improve the package over the winter and the changes were quite obvious to me.

The whole grid takes a step forward each year, so it’s important that we lead the way with that.

We are back out testing again next week, and this time with all 3 cars, so I’m looking forward to running some more miles and hopefully we can continue to find more gains on a different circuit.

DATE FOR YOUR DIARY

The revised calendar sees the Snetterton event now scheduled for 12/13 June and the Brands Hatch Indy event on 26/27 June. 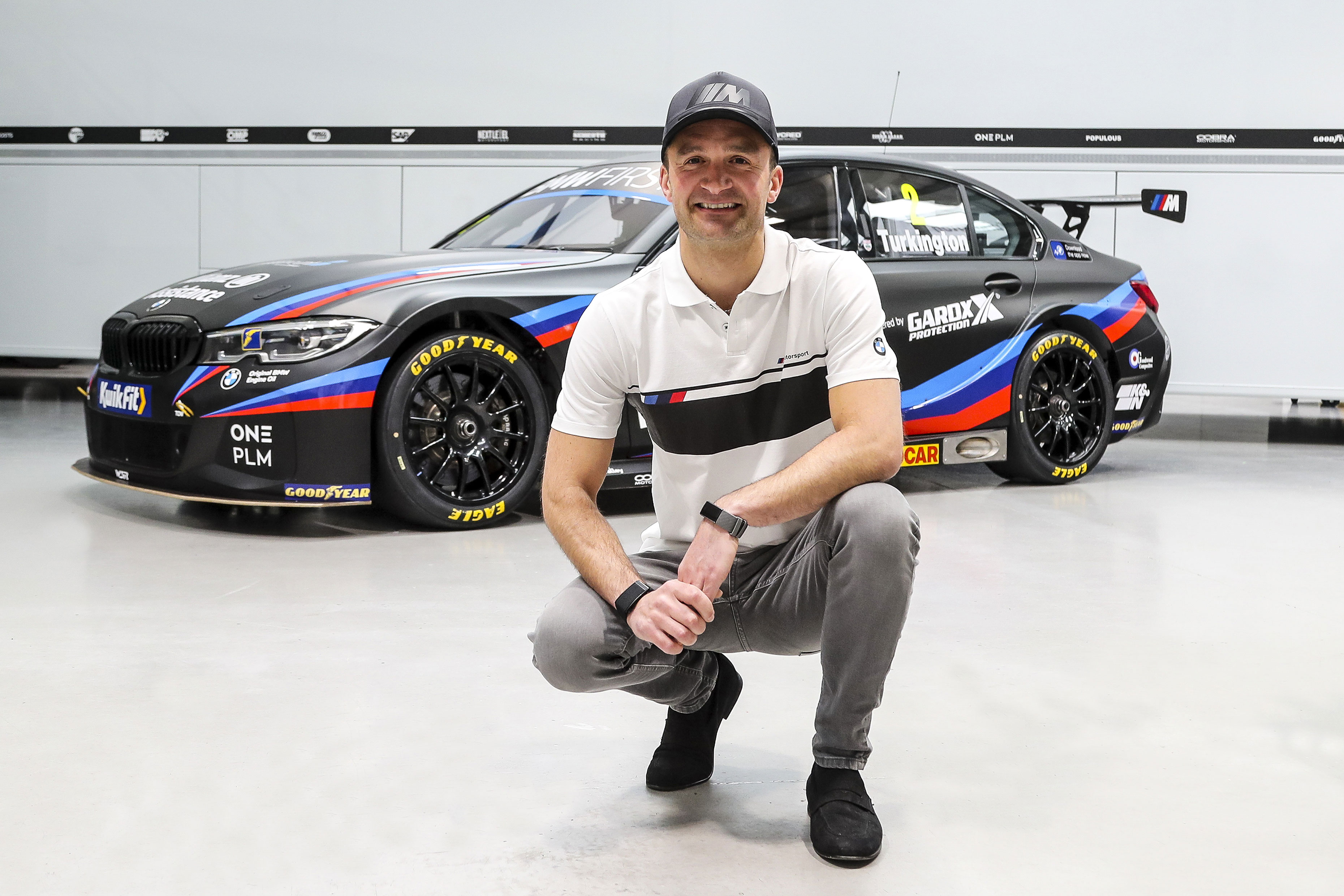 TEAM BMW UNVEIL A NEW AND ICONIC LOOK FOR 2021

The 2021 edition of Team BMW’s 3 Series has been revealed ahead of the start of the British Touring Car Championship. The eagerly-awaited 2021 livery was finally revealed today, with the car sporting a stealthy-black look teamed up with the iconic M-Sport stripes! The livery features sponsors logos including BMW First, GardX and Allianz Assistance […]