The car appeared on track two weeks ago for pre-season testing in a stealth-like matte black guise, but today the striking look for the new season was finally revealed.

Promoting the latest aftercare service ‘BMW First’, the new look 2020 race car reinforces the valuable support from BMW UK, the incredibly successful partnership that broke cover back in 2017. BMW UK, West Surrey Racing and Colin Turkington have won the drivers championship twice since then, and all signs hint at another strong attack this season.

“When conversations started last year about radically changing the livery for 2020 we all felt a fresh new look would be a really positive move for our partners and fans; it’s created a real buzz ahead of an exciting new BTCC season!

The BMW 3 Series really is a stunning car, and this new look enhances that.

Looking forwards to the new season, I’ve no doubt about our potential and I’m feeling positive about the consistency we have with the 3 Series and the people; but we also have to move the game on, we have to make it count.

The opportunity to test the car before the season kicks off has been extremely useful and we’ll continue with this development programme at Silverstone on Tuesday.

I say it time and time again but honestly, the competition in this championship comes from every possible angle. The challenges continue to grow year on year.

This is the hardest championship in the world to win. I have to keep looking for gains but thankfully success is like a drug to me. It inspires me to keep on pushing and keep on growing.”

The official 2020 BTCC season launches on Monday next week at an exclusive evening event. All 29 cars will then take to Silverstone International for one final pre-season test day on Tuesday 17th March. The final Colin Turkington race car livery, complete with his personal partners, will be made public then.

BMW First is an aftercare subscription service under development, offering BMW customers exclusive access to a range of benefits and products enhancing the BMW ownership experience. An interest register will soon be available offering customers the opportunity to be the first to hear about this exciting new programme. 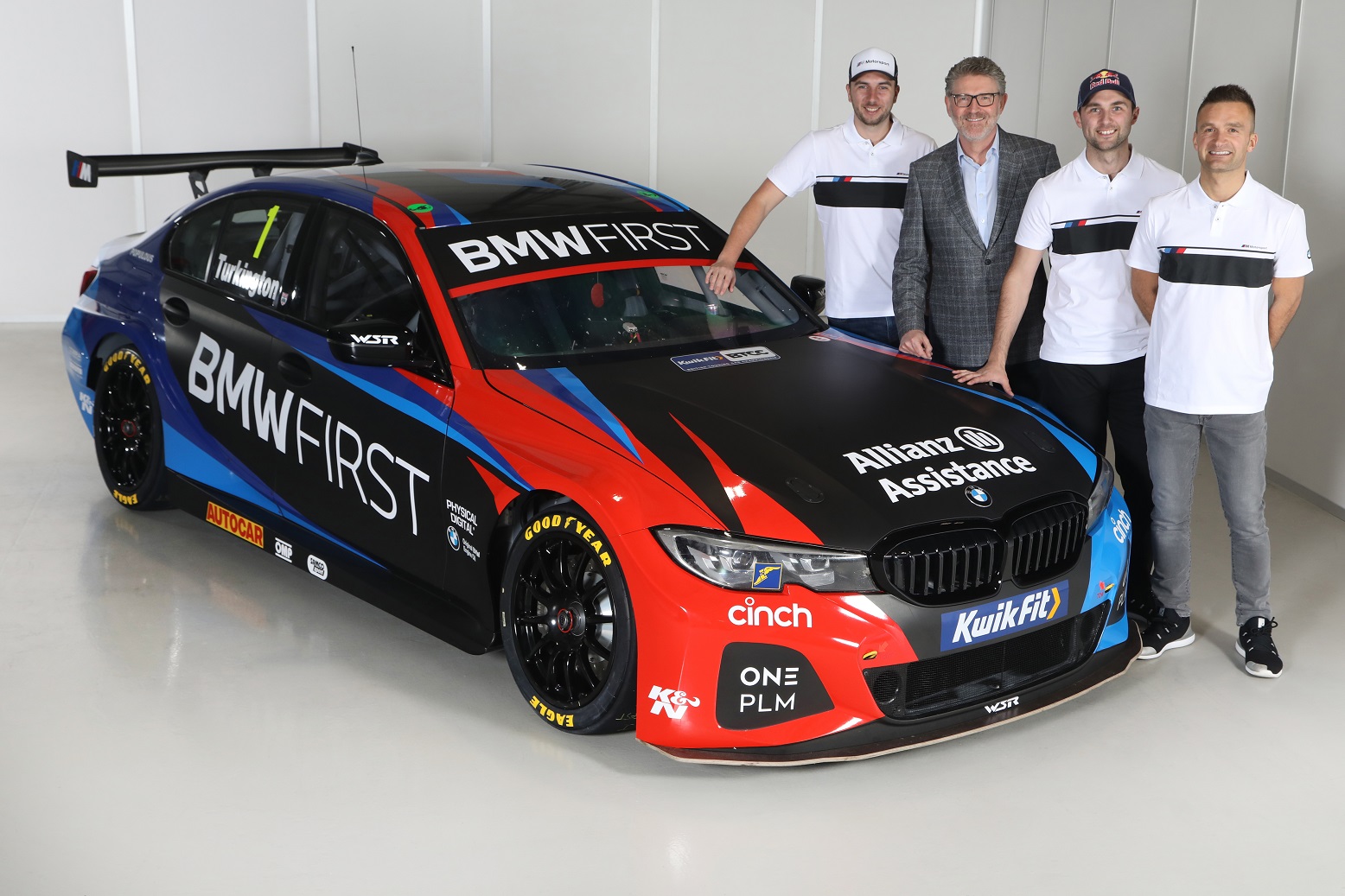 ‘OUT WITH THE OLD AND IN WITH THE NEW’ FOR BTCC BMW 3 SERIES Team BMW have revealed their new look 3 Series race car ahead of the 2020 British Touring Car Championship. The car appeared on track two weeks ago for pre-season testing in a stealth-like matte black guise, but today the striking look […]