NO PAIN, NO CHAMPAGNE

“It became a rescue mission this weekend following qualifying, but it was important to keep positive and aim for three top ten results. That’s easier said than done in this series.

You can aim to score big in the reversed grid race but in reality never actually get there, so we did well to execute the plan!

The combination of the abrasive track surface and the hard tyre leaves our window of performance quite slim. A minor change and you can end up fighting the car rather than improve it. It’s always been a challenge for us in the BMW but by race three the car was the best it’s been all weekend. We just hadn’t enough to challenge for the win but we had the step forward in pace to keep the car on the podium.

The third race was critical for my championship campaign. It felt like a lot was riding on getting that result. I’m really pleased to have secured those points and keep the lead, despite a very tough weekend.

Everyone has a bump in the road in this championship but we dug deep and ended the day with a good points haul. It’s been an intense period lately, but I’m in a good place and feeling positive.

Did you miss the race day TV coverage shown LIVE on ITV?

Watch it all back on the ITV player by clicking here

There’s a short break before the penultimate event of the 2022 season at Silverstone on the 24th and 25th September. Regarded as a ‘home’ circuit for Colin, the Team BMW driver lives just 20 minutes away.

Check out some of the Team BMW and Colin Turkington images from the 8th event at Thruxton. 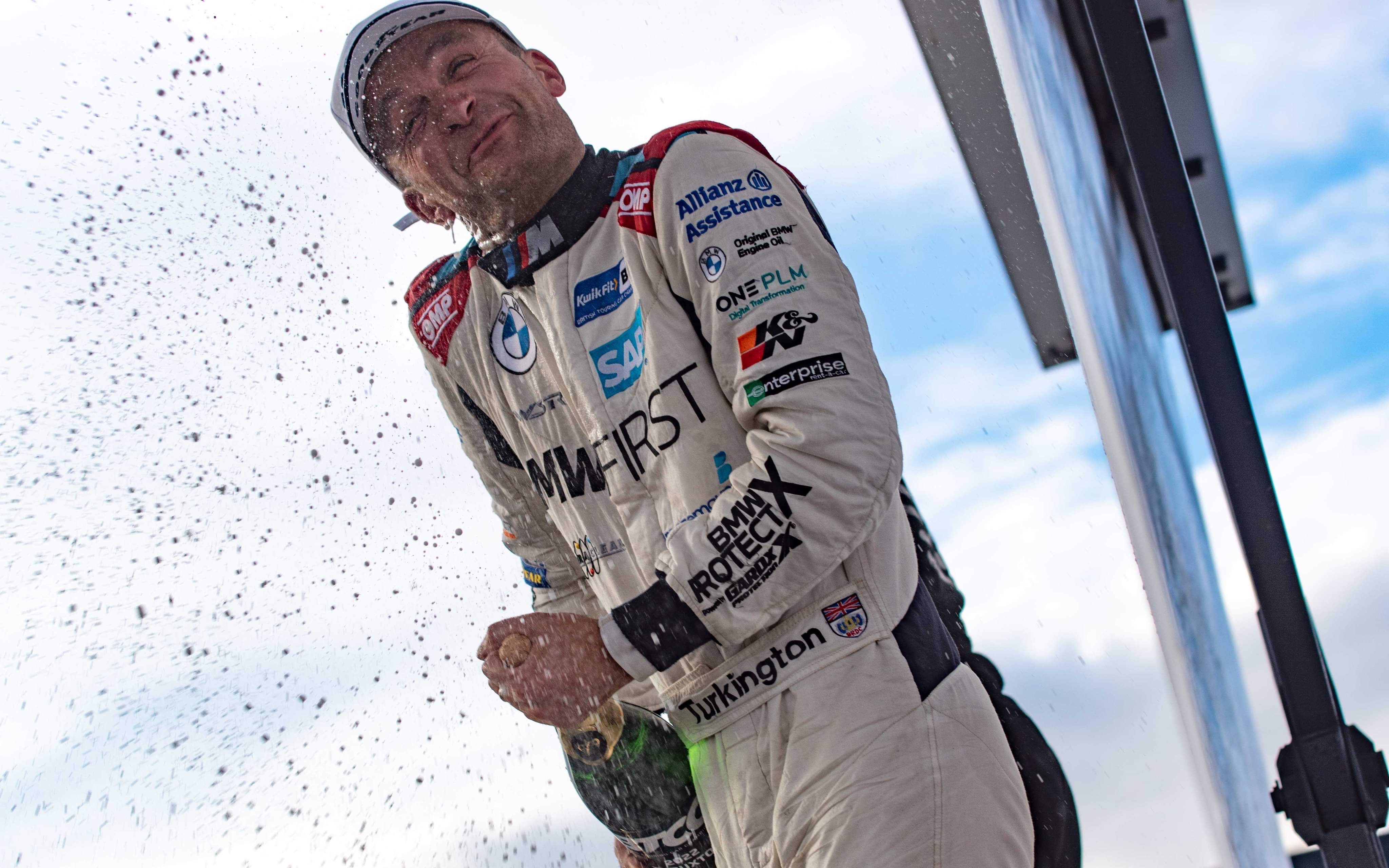 NO PAIN, NO CHAMPAGNE