Team BMW’s Colin Turkington put on a stunning display at Donington Park
(27th and 28th April) with a commanding pole, double victory and fastest lap. Collecting 51 points over the two days, Turkington looks a potent force in his new BMW 3 Series, and has rocketed from 13th in the standings to 3rd position.

It was a ‘typical Turkington’ weekend, making it count when it mattered, and his rapid precision was untouchable throughout most of the weekend. Dominating a very tricky qualifying session, the defending champion blasted out a lap time over six tenths quicker than anyone else and went on to claim his first pole position in over two years. The momentous first pole for the new 3 Series and the first for the team since 2015, it was a richly deserved occasion for the entire West Surrey Racing squad.

A dream day followed for the BMW driver as he went on to win back to back races at a much milder and drier Donington Park. Maintaining the lead from lights to flag in both outings, Turkington mastered the safety car restarts and continued to set the pace. Despite carrying maximum success ballast in the second race, he was able to convert the opportunity and capitalised on a very disruptive race behind him. The double victory already exceeds his race win tally from 2018 and brings his overall BTCC career victories to 48.

PICKING UP THE POINTS

Starting from a reversed grid position of P10 in the final race of the day,
it was important for the triple champion to race smart and pick up points. Carrying full ballast and on the hard tyre it was always going to be a challenge, but one that ended well. After a race long battle with the likes of Plato, Chilton and Morgan, Turkington crossed the line one place up in P9 collecting 7 valuable points on his way.

“On reflection that was the dream Donington for me. Securing a single victory in this series has become harder and harder to achieve, so to win twice on one weekend is just magic.

After Brands I knew I needed more time with the new car. You can’t rush the development, it’s step by step. It has to be well structured and done methodically. I’m confident we’re on the right path.

The BMW rolled out in free practice in a way that pleased me. Our progress at the recent test really helped and I’m happy to say the car is beginning to speak my language.

Qualifying was one of the most difficult sessions we’ve faced in recent times with a partially greasy track, but hugely satisfying to come out on top.

My plans were battered by the weather at Brands Hatch, so I arrived to Donington determined to make progress. It was nice to feel fast again and I can’t thank the team enough for giving me a car that I could attack with.

We’ve learnt a lot about the BMW this weekend running in the wet, the dry, with ballast and on the hard tyres. It’s important now to take our time, digest all that information and plan our attack for Thruxton.”

Watch the Donington Park highlights on ITV4 this Saturday from 6:45am 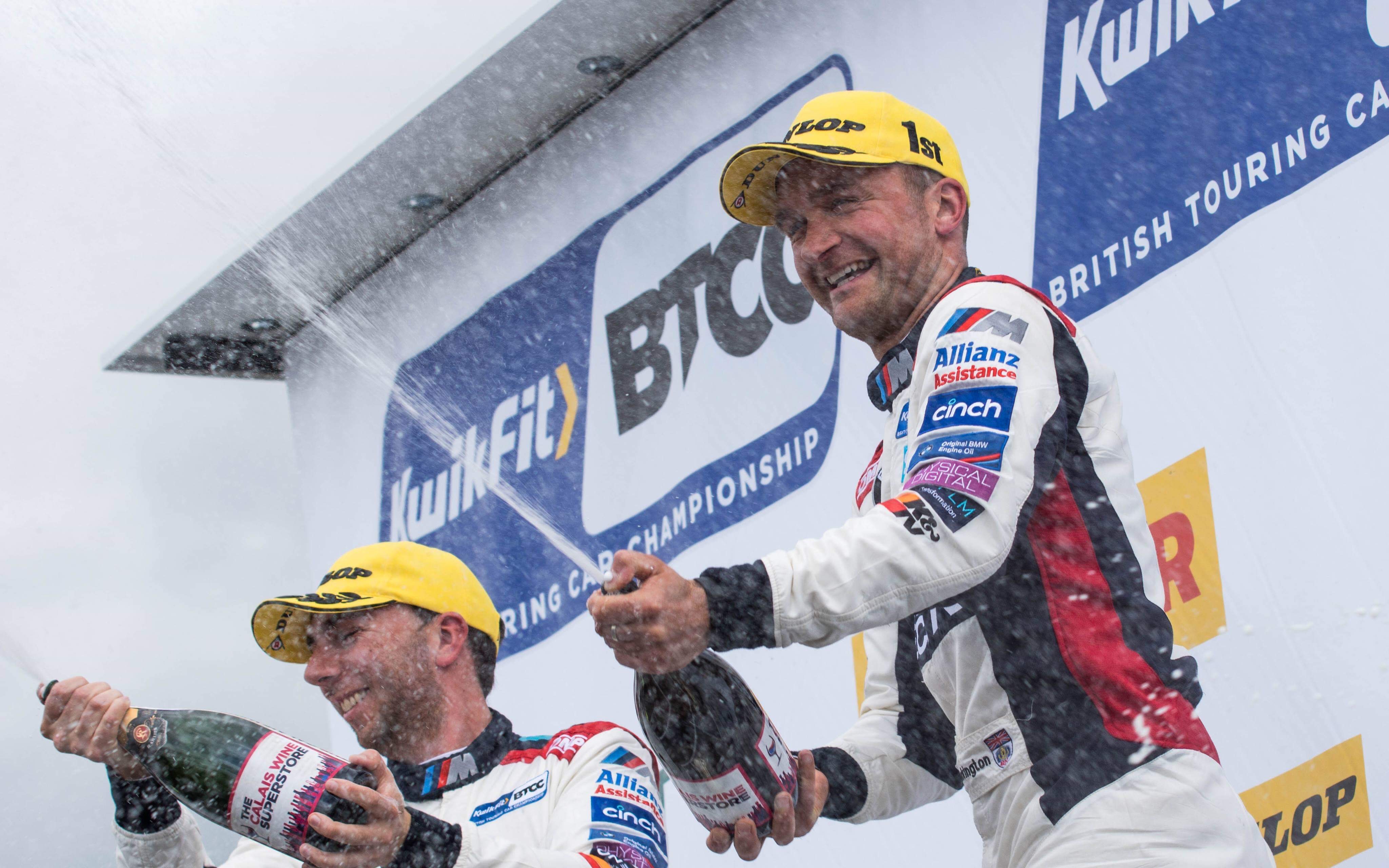 MASTERCLASS FROM TRIPLE CHAMPION IN A “CAR THAT’S BEGINNING TO SPEAK MY LANGUAGE” Team BMW’s Colin Turkington put on a stunning display at Donington Park (27th and 28th April) with a commanding pole, double victory and fastest lap. Collecting 51 points over the two days, Turkington looks a potent force in his new BMW 3 […]