TURKINGTON’S MOTIVATION “BOOSTED BY THE INTENSITY” AS CHAMPIONSHIP BATTLE CONTINUES

The 2019 British Touring Car Championship continues this weekend at Thruxton as the series returns for a second visit.

Unlike Snetterton last time out, there is only one tyre compound on offer to use, as the Hard tyre becomes the sole choice for drivers and teams. Although simplifying strategy, the high tyre degradation of the Thruxton circuit provides a tactical challenge for the drivers as they aim to manage tyre wear over the race distance.

Colin Turkington produced a faultless performance last time out clinching his 51st BTCC career win and securing three top ten finishes. With 18 races now completed, he remains at the top of the standings heading to Thruxton, this time with a 36 point advantage.  Tension begins to rise at this stage of the season but the calm oozing from the defending champion is that of someone relishing the moment.  His intensity on track is fierce but measured, and this sophisticated style continues to serve him well.

It was a successful visit to Thruxton in May for Colin, and the Team BMW 3 Series proved competitive at a circuit that has previously been more favourable to the front wheel drive cars.  It was here that he celebrated his 400th BTCC race start, with a podium and three top 10 finishes promoting him to the top of the standings.  The competition may have increased since then, but the triple champion is keen to point out that so to has his motivation.

“Snetterton was a fantastic set of results for me but it was clear to see the level of competition is only going to increase from here.

It was a weekend where we had to be decisive and trust our instincts with setup on the car, especially after struggling in free practice.  When your back is up against the wall on a Saturday morning, you have to turn it around in order to keep your championship charge on track.

The intensity of this championship is insane and particularly at this stage in the season.  But my motivation is boosted by this intensity, and it’s what keeps me pushing to improve.


I’ve been looking back at our visit to Thruxton in May and you get a real sense of the growth with this car and within my team.  This can only enhance our chances as we return a much stronger and more connected unit.

I’ll be qualifying with maximum success ballast and I’ll have to ensure my A game is on point.  I’m looking forward to that chase against the clock.

Although we have the knowledge from earlier in the year, you can’t take for granted things will play out the same as a good deal of time has passed since then.  We’re keeping an eye on the weather and will go prepared to start with an open mind.

It’ll be a bit more straightforward to only have the hard tyre to race, but tyre management over the race distance will be key.

We’ll be approaching Saturday and Sunday with two very different setups but with only one mindset –  to keep on pushing.”

Showing on ITV4 this Sunday from 11:30am, Thruxton will be broadcast LIVE  all day giving you unrivalled access to the action!

As per usual, the Thruxton race weekend will see the BTCC run the Dunlop HARD tyre compound only.  Due to the abrasive nature of the surface at the Hampshire circuit, the HARD tyre is chosen as the sole tyre for the complete event.

Colin swapped BTCC machinery for a BMW M4 DTM car last weekend at Brands Hatch.  Savouring his first proper experience of the DTM race car on a race track, the BMW driver completed a series of hot laps with passengers around the Grand Prix circuit.

“That was just something else!

The grip generated by the car’s aerodynamics is off the scale and the grunt from the V8 engine was unreal.  I was a little apprehensive as to what it would feel like, but I quickly got the hang of it.

Thank you BMW UK and BMW Motorsport for this opportunity, I loved everyminute of the experience and certainly won’t forget it in a hurry!” 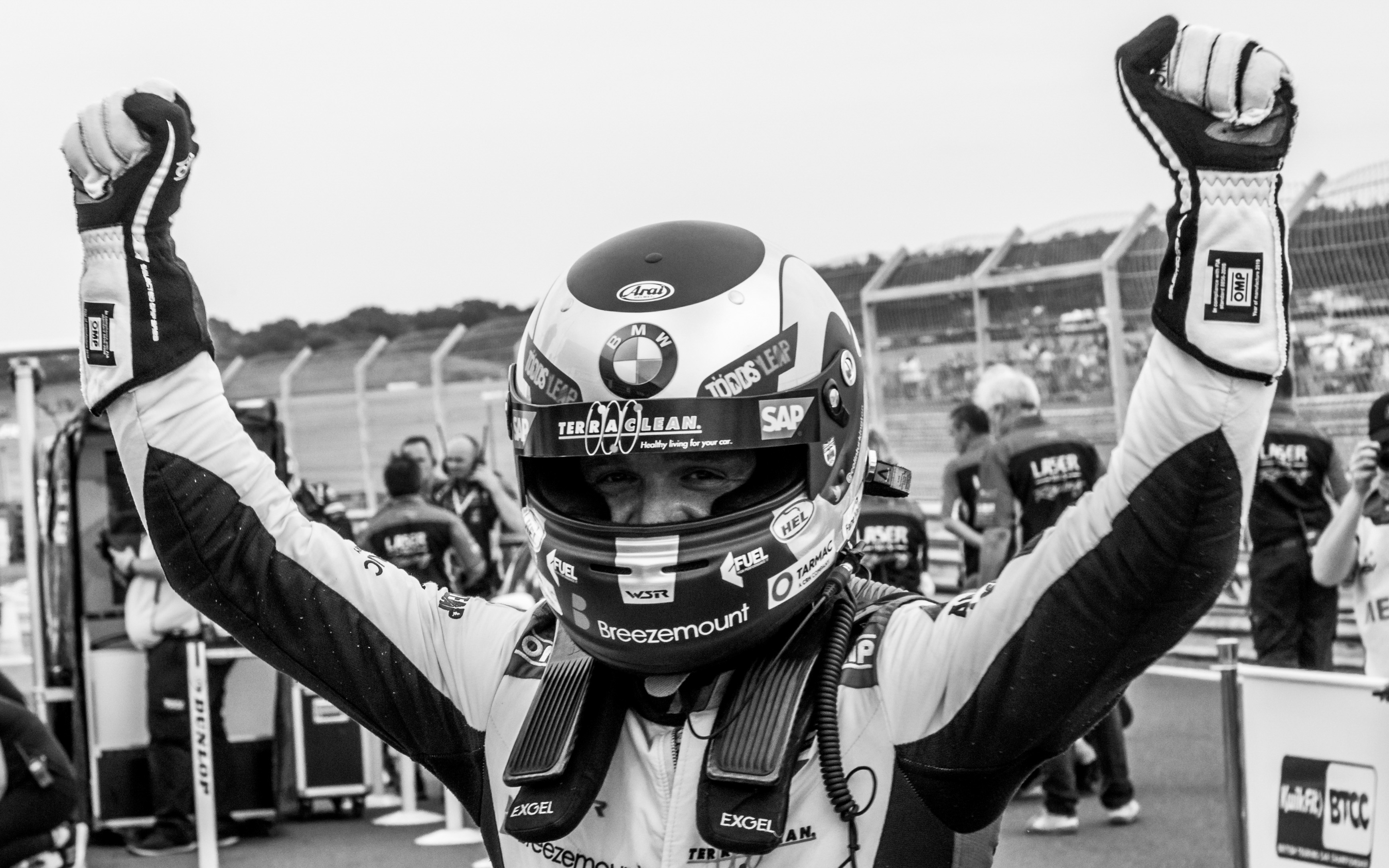 TURKINGTON’S MOTIVATION “BOOSTED BY THE INTENSITY” AS CHAMPIONSHIP BATTLE CONTINUES The 2019 British Touring Car Championship continues this weekend at Thruxton as the series returns for a second visit. Unlike Snetterton last time out, there is only one tyre compound on offer to use, as the Hard tyre becomes the sole choice for drivers and teams. […]