The organisers of the British Touring Car Championship have confirmed that the first three events will be postponed due to COVID-19.

The statement was made from Silverstone yesterday, where the Championship’s official test day was being held. It was also uncertain whether this event would go ahead but did so in the end as a ‘team only’ activity, WITHOUT fans.

The statement from TOCA made clear its intention to run a full season when the UK was back up and functioning.

“Clearly the COVID-19 situation is ever-changing and incredibly challenging for everyone. Our firm intention is to run the full season of ten events and we will work closely with the circuits and our stakeholders in order to reschedule new dates for all postponed events. These will be confirmed and announced when there is further clarity regarding the eventual resumption of major sporting events.”


TOCA – Organisers and administrators of the BTCC

Colin Turkington is in full support of the decision and insists the priority of the nation is to overcome the pandemic.

“This was 100% the right thing to do and for us drivers, gives us clarity on an uncertain situation. The priority had to shift from sport to health and as much as we were all eager to compete, the welfare of our nation is number one.

I trust TOCA will do everything they can to get the show back on the road when it is safe to do so, and before long, we’ll be back in competition, door-to-door, providing exciting entertainment for everyone!”

The official test day at Silverstone successfully went ahead with strict safety and hygiene measures in place. Teams were operating independently out of the large ‘Wing’ garages, with everyone strictly advised to limit contact between teams and each other.

Colin Turkington completed 109 laps in total throughout the six-hour test, ensuring he maximised the track time which now completes proceedings until May at the earliest.

THE SPIRIT OF THE COMPETITOR

Colin ended the day fifth fastest, the best of the BMW’s in what appears to be, one of the most competitive seasons yet. 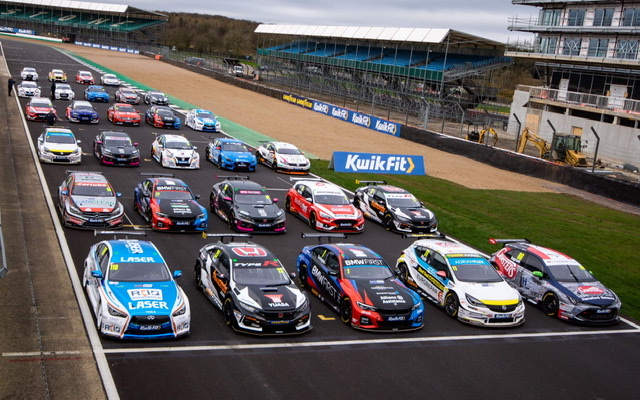 OFFICIAL BTCC TEST DAY WENT AHEAD BUT FIRST THREE EVENTS PUT ON HOLD The organisers of the British Touring Car Championship have confirmed that the first three events will be postponed due to COVID-19. The statement was made from Silverstone yesterday, where the Championship’s official test day was being held. It was also uncertain whether […]