YOU SAID YOU WOULD BOUNCE BACK FROM THE SETBACK COLIN, AND I THINK YOU DID!

Knockhill was going to make or break our season, so we needed to score big and deliver our best. The pressure was on in the lead up and we had to stay positive, but we kept our focus and did a superb job. I’m satisfied with my performance and enjoyed the battles along the way.

These weekends are so brutally intense that you feel just as exhausted from a brilliant weekend as you do a disappointing one! But I’m content we gave our best and have reignited the title push.

APART FROM THE POINTS HAUL, WHAT WAS THE BIGGEST GAIN FROM THE SUCESS THIS WEEKEND?

Our results have helped with confidence. Sport is all about confidence up and down the team. We’d all taken a bit of a kicking the past two events, and this has been a shot in the arm to forget the negativity and get back to the front. We’re all feeling the boost from these results, and it will help launch us on the front foot going into the second half of the season.

THERE WERE SOME EPIC BATTLES TAKING PLACE ON TRACK, THE BTCC DELIVERED QUITE A SHOW FOR THE SCOTTISH FANS.

It was amazing to see Knockhill back to its best and packed with fans again! Race 2 was definitely right up there with the fierce battle for the win. I was on the limits in every aspect with maximum success ballast and trying to hold off a lighter car. Ash’s car was better off the final hairpin than mine and that’s where he could gain on me. It was so close to a double win, but not meant to be in the end. It wasn’t for the lack of trying though, and I think we both played hard but fair.

ALL EYES ON THRUXTON NOW?

It’s another quick turnaround and we’ll be back in action in less than two weeks time. Sunday’s performance has put us back in the game, and we need to keep pushing forwards now. The pressure and intensity will only increase from here, but this is where we normally excel. It’s about finding a rhythm now and punching out the results. I’m excited about the second half and believe there’s more to come from us.

Catch all the action live as it happened on the ITV hub now!

Have a look at all the AAA images from Knockhill with Team BMW.

The BTCC will return to Thruxton on Saturday 28th and Sunday 29th August for rounds 16, 17 and 18. No option tyres will be used here, only the hard compound. 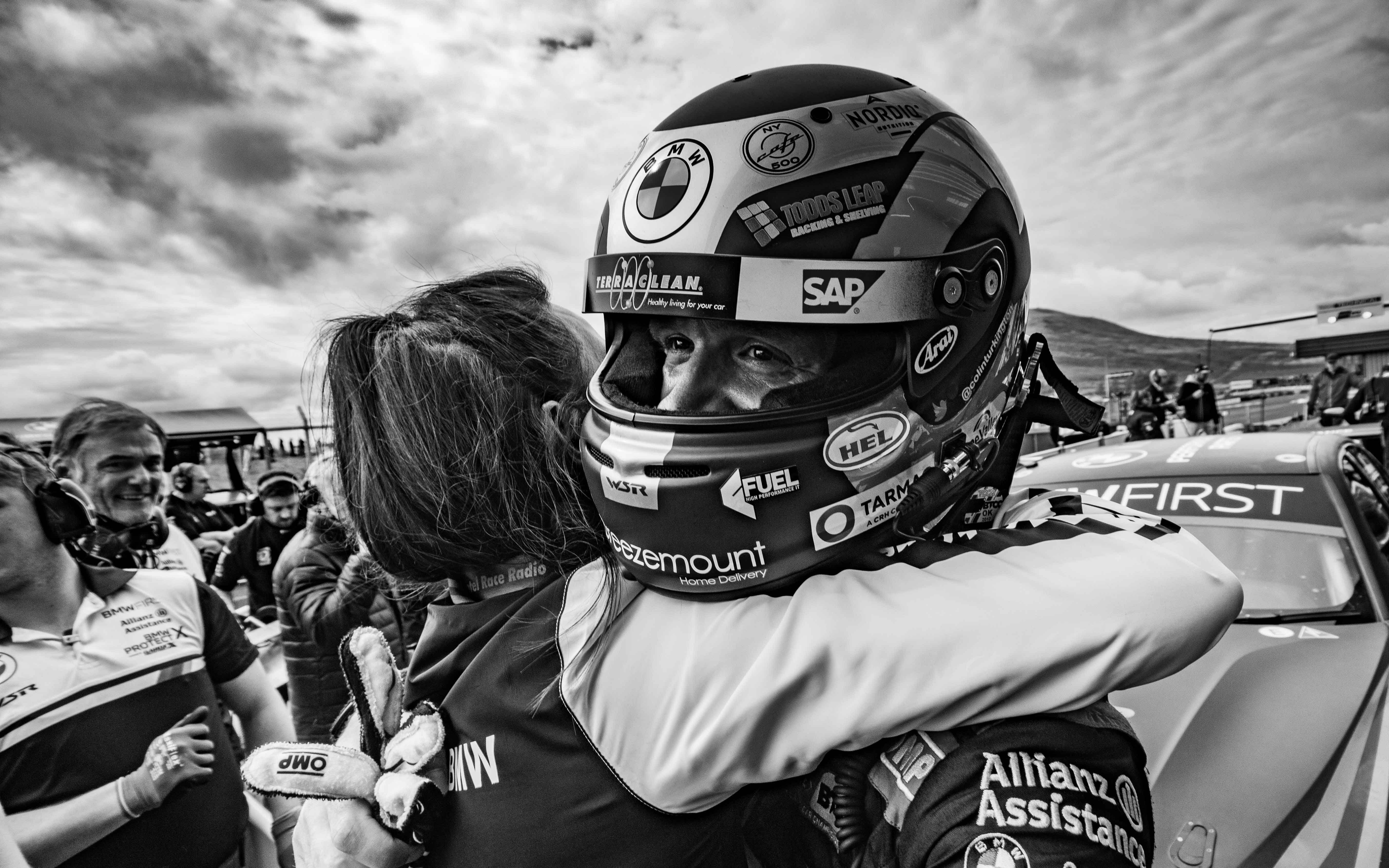 “WE’RE BACK IN THE GAME” INSISTS TURKINGTON AS HE BOUNCES BACK UP THE LEADERBOARD Colin Turkington claimed his second victory of his 2021 season on Sunday, his 58th BTCC career win. Converting Saturday’s pole position into a stunning lights to flag domination, the Team BMW collected maximum points in race 1 with a fastest lap […]