TURKINGTON TAKES THE FIGHT TO THE FINALE FOR 2021 CROWN

WHAT ARE YOUR THOUGHTS HEADING INTO THE FINALE COLIN? THIS IS YOUR 9TH CONSECUTIVE YEAR IN CONTENTION.

I started the season with the intention of getting to the finale with a chance of winning; and I’m proud to say that here we are. The final race weekend is like nothing else, and anything is possible. We’ve seen year after year that the championship leader has the hardest time over this weekend, and it’s usually been me on the receiving end of this. This time, I am the hunter and have the fire in my belly to give it everything I’ve got – I’ve nothing to lose.

DOES IT FEEL DIFFERENT THIS TIME?

This is a refreshing and inspiring situation for me to be in and one that has further boosted my motivation since Donington. I also absolutely love the GP circuit and the BMW has been immense around there the past two seasons. The last time we raced on the GP loop was August 2020 and the 3 Series was singing. If we can roll out on Saturday morning in that window of performance, I’ll have a grin on my face and its game on!

THE SEASON FINALE ALWAYS PROVIDES AN EXTRA LAYER OF EXCITEMENT, WILL YOU BE AIMING TO ADD TO THAT?

Last year we finished on the Indy loop instead of the GP track, and to be honest, it just didn’t provide the spectacle or result I’d hoped for. Since then, I’ve been working hard and patiently waiting for my chance to try and win again. It’s a magical day and one I’m honoured to be a part of as a contender.

The plan is to drive as hard and as fast as I can; the strategy is simple.

Like me, the team are prepared for a fight, and we’ll push as hard as we can until the end. It’s not over, til it’s over.

Stay up to date, LIVE from the paddock, by following Colin’s social channels throughout the weekend.

Do not miss a moment of the build up on Sunday morning LIVE from 10:45am

There are a maximum of 67 points on offer this weekend. One point is awarded to the pole sitter and also to the driver who sets the fastest lap in each race. A point is also awarded if a driver leads one complete lap in a race. 20 points are awarded for a race win, 17 for second place, 15 for third, 13 for fourth, 11 for fifth, 10 for sixth and so on until 15th position who will receive one championship point. 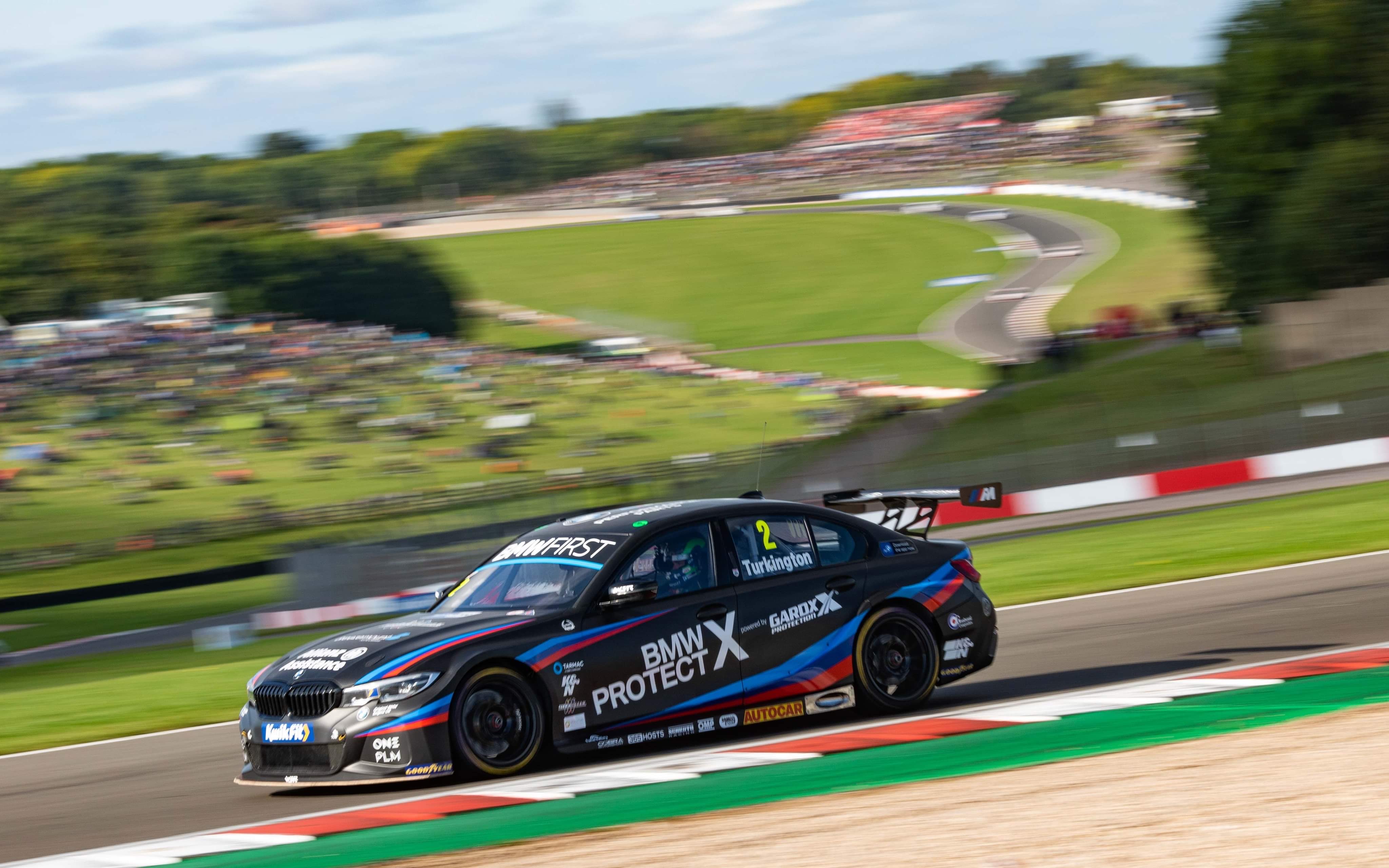 TURKINGTON TAKES THE FIGHT TO THE FINALE FOR 2021 CROWN The season finale of the BTCC season comes to a climax this weekend, as Brands Hatch GP gets set to crown the 2021 Champion. In contention for the crown, for a 9th consecutive season, is Team BMW’s Colin Turkington. The 4-time Champion is already the […]